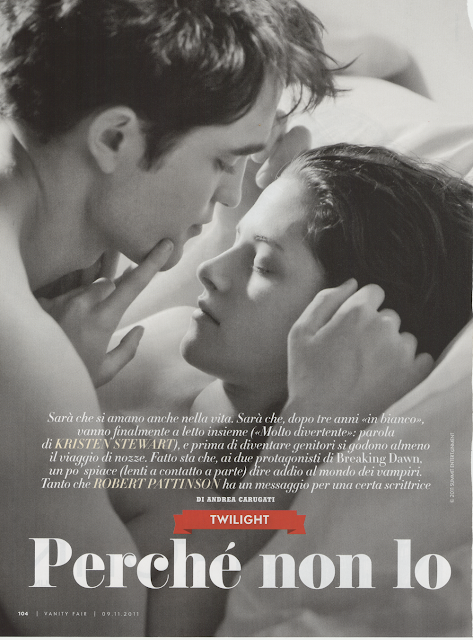 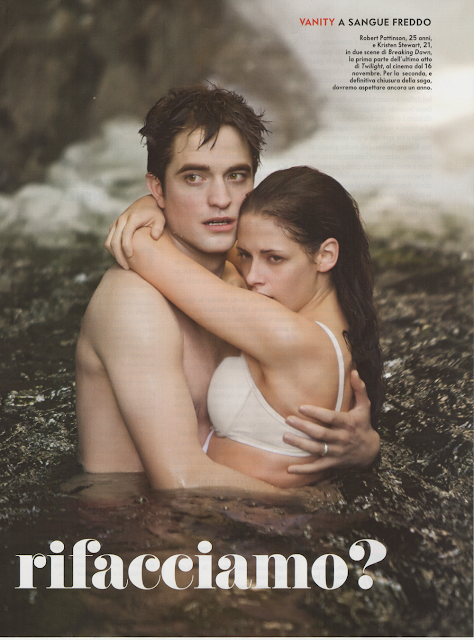 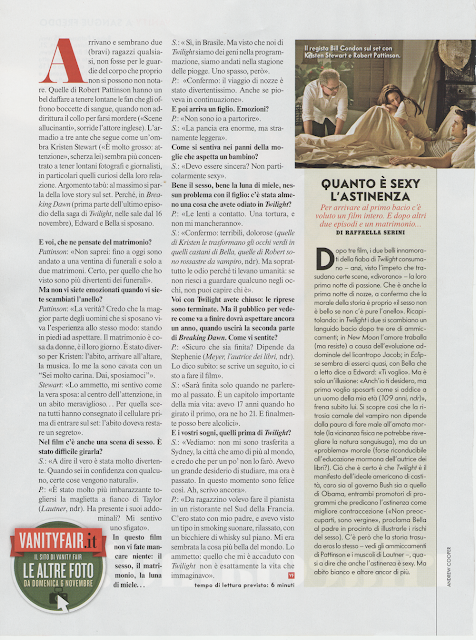 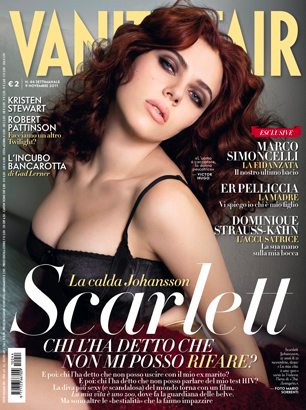 First Question: and you, what do you think about weddings?
Rob:
I don't know until now, I've been around twenty funerals and just 2 weddings, certainly for what I saw they're more fun than the funerals.

but, didn't you got emotional after the ring exchange?
Rob:
the truth? I think that the major part of the men who get married, live the same kind of experience: you stay there, waiting.. the wedding day is a woman's thing, it's their day. It was different for Kristen: the dress, walking to the altar, the music. I got away with an "you are very pretty, let's get married!"
Kristen:
I have to admit it, I felt like a real bride: at the center of the attention, in a wonderful dress.. for that scene everybody had to leave their phones before entering: the dress had to be kept a secret.

In the movie there's also a sex scene, it was hard to film it?!
Kristen:
To be honest it was funny to shoot, when there's confidence with someone everything comes naturally
Rob:
It was more embarrassing to take off my shirt near Taylor, have you seen his abs?! I felt like a loser.

there's everything in this movie: sex, wedding, the honeymoon..
Kristen:
yes, in Brazil. But since that we (of Twilight) are pro in programming stuffs, we went there during the rainy season. It was fun tho.
Rob:
yeah: the honeymoon was really fun even if it was always raining.

and then you have a kid…
Rob:
I'm not the one who gives birth.
Kristen:
the baby bump was huge, unusually lightweight

How did you felt being pregnant?
Kristen:
do I have to be honest? not particularly sexy

the sex, honeymoon and the kid were all good: wasn't there something about Twilight that you hated?!
Rob:
contact lenses, a torture and I'll definitely not miss them
Kristen:
I agree: terrible and painful, but I particularly hated them because you couldn't watch people directly in the eyes, the humanity aspect was off in someway

you have shot all the Twilight movies, so is over for you. but everybody else have to wait until the second part of BD.. How do you feel about it?!
Rob:
Are you sure it's over? it depends on Stephenie Meyer. I'll say it right now, if she writes a sequel, I'll be in.
Kristen:
it will be over only when we'll talk about it using the past tense. It's been a really important part of my life: I was 17 when it started and now I'm 21. And finally I can legally drink.

and your dreams, before Twilight?
Kristen:
Let's see: I didn't move to Sydney, the city I love the most, and I think I'll not do it for quite some time. I really wanted to continue studying, but that was in the past.
Right now I'm happy like this.. ah yeah I still write.
Rob:
When I was a kid I wanted to be a pianist in a restaurant in the south of France.
I went there with my dad, and I saw a relaxed man in a smoking playing, with a glass of Whiskey on the piano.
I thought it was the coolest thing in the world. I'll admit it: what it happened to me with Twilight, it's not the life I thought I would have.
Автор: Robsten на 04:02